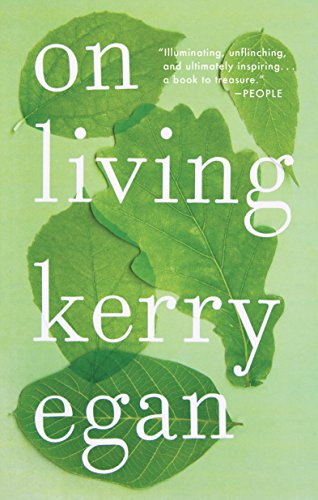 Kerry Egan, author of On Living, is a Harvard Divinity School-educated hospice chaplain. When one of her patients asked if she could tell the patient’s story, so that others could learn from her life, Egan carefully considered the consequences of taking on such a project. For hospice patients, this was the final gift that these people could leave behind as they departed this life, so the responsibility of getting their stories right weighed heavily. This project required Egan to do justice to illuminating entire human lives, armed only with her words. Far from just passively bearing witness to a life coming to an end, she was actively compassionate, performing an empathetic, philosophical analysis of the central themes and conflicts in their lives. By listening with an ear tuned toward mercy, she allowed these people to unburden themselves of long-held secrets, guilt, unfulfilled dreams and unfinished efforts.

Introverts might do well in the role of hospital chaplain. It is one of the few professions where the art of listening is cultivated and refined as a virtue and acknowledged as a rare human achievement. Speaking, when necessary, must be thoughtful and focused on encouraging a deeper response from the patient. The patients are out of time and it is paramount that time is not wasted on empty platitudes or social banalities. With this perspective in mind, if we consider a typical day, those of us dying a little more slowly waste an unconscionable amount of time in unproductive chatter, given our short, short human lives.

How differently might we behave and interact if we were all more acutely and minutely aware of our own mortality? At first glance, you’d think that this recognition would improve matters, leading people to act more kindly towards their fellow humans, recognizing that the person before them is fragile and temporary. But here’s the paradox: this same recognition also leads to depraved acts of selfishness, justified because time is limited, there may be no tomorrow and whatever gives us comfort, pleasure and feeds the ego in the moment is all that matters. And before we launch into a religious discussion, let’s just admit that belief in an afterlife appears to have no real influence on behavior. Based on this introvert’s lifetime of detailed observation, the average person who would self-identify as either a believer or non-believer could reside in either behavioral camp.

While not your average person, one Catholic nun has done the experiment of keeping the thought of impending death intimately close at hand. Sister Theresa Aletheia Noble decided to follow the long-standing Christian tradition of displaying a visual reminder of personal mortality (a.k.a. memento mori, the Latin Phrase for “Remember that you will die”). The sister placed a ceramic skull on her desk and then applied the more recent tradition of tweeting about it using #mementomori. My favorite tweet, “Decided to start a skull collection but remembered I’m going to die,” was followed by a large amount of tweets concerned with preparing for the end, finding loopholes to avoid death that were consistent with her religious beliefs, and advocating that we devote more time to thinking about eternity than the ephemeral. Sister Theresa Aletheia claims that this meditation on mortality has changed her life.

Memento mori played a role in the lives of people from the Medieval era to the Victorian era. Death imagery and symbols of time running out were depicted on funerary and other forms of art, such as portraits and woodcuts, and also on personal timepieces and public clocks, as well as incorporated into jewelry. Frequently, the reminder of personal mortality was combined with the remembrance of those who had passed on. By the mid-nineteenth century, photography had been embraced by this movement and grieving families captured images of the recently deceased – a final portrait of the departed loved one. In the newest Zackie Story, Soul Sign (coming soon), the story opens with the discovery of some memento mori photographs found during the restoration of the Roseberry Homestead. Since I write by the seat of my pants, I’m looking forward to finding out what happens next. With Kerry Egan’s book forcing me to think about the potential for unfinished efforts, I’ll try to write quickly.

If you would like to comment on anything in these posts, I would be delighted to hear from you. Please visit my author’s website to learn more about progress with the Zackie Story series, author appearances, or to send me a message, etc. Or if you prefer, you can also find me on Facebook.

The Introvert “On Living”

One thought on “The Introvert “On Living””